The Cranes of Uganda could have secured a last_eight spot with a victory or draw against Ivory Coast on Sunday at the Nelson Mandela Stadium, but put up an unconvincing performance against the Elephants.

The Cranes of Uganda came into the last rounds of games as Group B leaders with four points, and a draw against Ivory Coast could have been enough to see the Cranes reach their first ever knockout phase at the CHAN.

Unfortunately, Milutin Sredojević’s side ran out of ideas against an Ivorian side that came into the game bottom of the group.

An early goal from Karamoko Sankara, was followed by a fine finish from Patrick Ouotro as Ivory Coast went two goals in front before the half an hour mark. Though Uganda pulled one back through Moses Waiswa before the break, Kramo Aubin added a third for the elephants in the second segment, as Uganda bowed out of the tournament.

Micho’s cranes of 2022, had a golden opportunity to rewrite Uganda’s shambolic CHAN history, but just as it has been the case in their past five participations, they bottled it.

The Cranes of Uganda have now failed to go pass the group stage in all their six participations at the CHAN, though they equalled their personal best record of four points in the competition, a feet they last attained during the 2014 edition in South Africa.

Despite being bottom of the group before the last round of games, the Elephants kept their hopes alive. 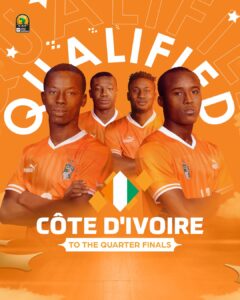 Coach Souailo Haidara had spoken positively about their chances of reaching the last eight, after their draw against DR Congo last Wednesday.

“We are not out of the competition. We will go into the third game targeting qualification. I still believe in my team,” Haidara insisted.

A point he reiterated in during his pre_match press conference before the game against Uganda.

“We only have one point. We are in a bad position in this group. We don’t have luck. We are in a very tough group and now, any team can progress but everyone can exit too.” Haidara said.

Their resounding win on Sunday night, means Ivory Coast is reaching the knockout phase for the second time in the competition’s history, after previously finishing third in 2016. In their three other participations have seen them exit the competition at the group stage (2009, 2011 and 2018.)

The leopards of DR Staged their worst performance at the CHAN. The two time winners exited bottom of group B, following their 3_0 defeat by Senegal at the 19 May 1956 stadium in Annaba on Sunday.

Ousmane Diouf, Pape Diallo and an own goal from Siadi Baggio, were enough to crucifix the Leopards, who were reduced to 10 men following a red card to Kévin Mondeko.

Apart from emerging champions in 2009 and 2016, DR Congo has reached at least the knockout phase in each of their other appearances at the competition, but have now hit a record low of exiting at the group stage.

Coach Otis Ngoma Kondi suggested that it might be over for the Leopards golden generation.

“I brought guys here who we considered the best but we came here and realized that they couldn’t deliver. This generation of players are in the end of their dominance,” Ngoma said.

The local Teranga lions of Senegal consolidated their place at the top of Group B.

Senegal is in just their third appearance at the CHAN, and making their comeback since they last featured in 2011. 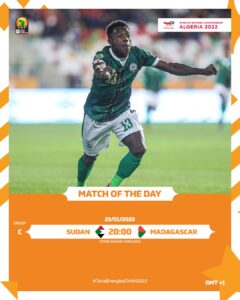 Group C will be in action on Monday with Sudan vs Madagascar scheduled at the Mohamed-Hamlaoui stadium as from 20h00 GMT.

Group D and E will concluded the group phase on Tuesday, with Mauritania versus Mali and Niger versus Cameroon, all in Oran.