It promises to be a huge payday for Moroccan medal winners at the upcoming Paris 2024 Olympic Games, after the Moroccan National Olympic Committee and the Ministry in charge of Sports set criteria for the awarding of Moroccan athletes who will take part in the Games. 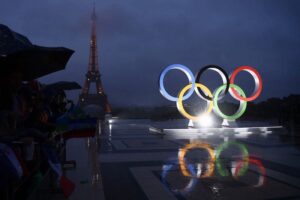 With all these bonuses the Moroccan National Olympic Committee hopes the athletes will wipe away the shame, the country had back at the Tokyo 2020 Olympic Games. The country picked up just one Gold medal in the entire competition, following in the previous editions of bad results. The last time Morocco did better at the Olympic Games came back in the 1984 Los Angeles Games where they picked up two gold medals. In the 2004 Athens Games, Moroccan athletes came back with two gold medals, the last time the country picked up a gold medal until Tokyo 2020.

Throughout its history, Morocco’s athletic teams have managed to amass 23 medals in total, with 19 from Athletics, and 4 in boxing.

The Moroccan National Olympic Committee has indicated that this is not a qualifying grant, but a performance grant to encourage qualified athletes to perform at their best to increase Morocco’s participation in the Paris 2024 Olympics.