The Teranga Lions of Senegal are through to the round of 16 of the ongoing FIFA World Cup in Qatar after Ismaila Sarr and Koulibaly denied Ecuador a chance in the last group stage game this Tuesday, November 29.

The Khalifa International Stadium hosted this do-or-die encounter between both sides who came into this game in search of three points to sail through to the next stage.

Senegalese and Watford striker, Ismaila Sarr gave Senegal the round of 16 qualification ticket, converting from the spot after he was carelessly brought down in the box. 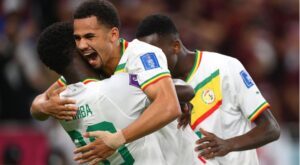 This becomes the 24-year-old’s 11th goal for his country with over 50 appearances.

Denied on match day by the Netherlands, the opportunity to grace three points and be on the safe side, Senegal dismissed Qatar and now Ecuador to reach the next stage of the Competition.

All efforts from the Ecuador side to pull one back and settle for a draw were wasteful in front of the goal, putting an end to their fourth World Cup ambitions.

Three minutes later, Senegal’s captain Kalidou Koulibaly rescued his side from danger, from a fine corner kick and header assist to his already waiting legs that found the back of Hernan Ismael’s net.

This keeps their hopes of reaching the quarter-final stage for the second time since 2002 as they were the first African team to be eliminated from the 2018 edition of the Competition.

Looking at the pedigree of the African teams in this competition, the Teranga Lions who are reigning African champions and Morocco look favorites to defend the continent in the next phase and even beyond. 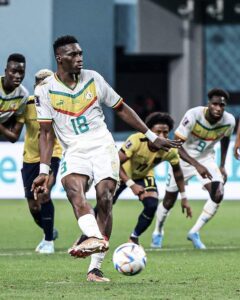 Even without the country’s most prolific attacker and second-world best player, Sadio Mane, Senegal has proven to be one of Africa’s finest heavyweights in football.

Senegal and the Netherlands have sailed through from Group A with six and seven points respectively.

Elite one: FOVU players threaten to go on strike